Géoazur  is a team of geophysicists, geologists and astronomers. With more than 100 permanent staff they specialize in the observation and monitoring of geophysical and astronomical activities.

On August 27, 2018, the rejuvenation of the industrial cabinets of the RESIF ISO wideband station began, located in the Maginot blockhouse at Fort du Longon in Isola. This station was built in 2004 and is integrated into the CENALT tsunami warning network.

This work was materialized for this important step by:

♦ Installation of a waterproof industrial cabinet intended for housing scientific and monitoring equipment.

♦ Installation of a waterproof industrial cabinet to accommodate the station’s batteries.

♦ Replacement of all electrical equipment with the addition of automatic reclosers. 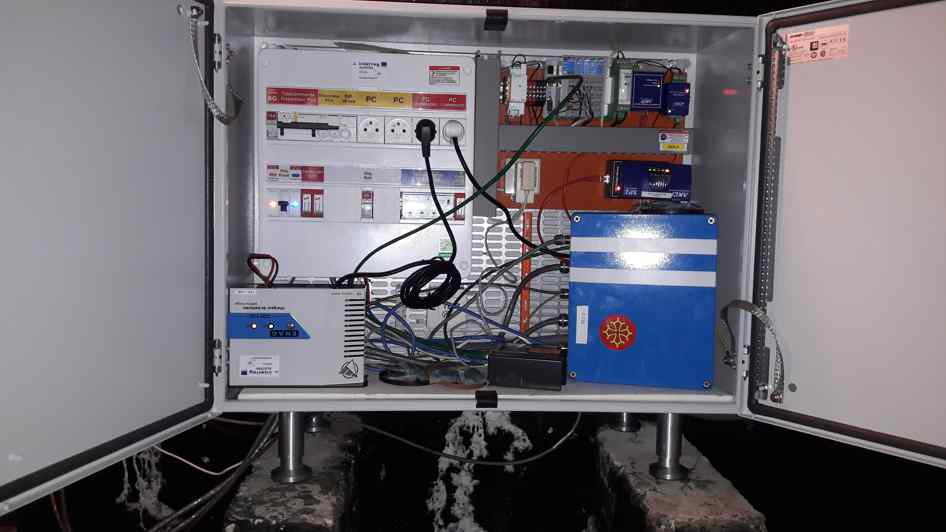 The image shows the upgraded cabinet after the project was complete. On the left side is the new standardized electrical distribution panel. On the top right side, the AKCP equipment is installed including an SP2, iDCV and DC power supply An AC Voltage detector alerts when main power is distributed and battery power has taken over.. Bottom left is the new battery charging system, and on its right is the waterproof box containing the Stanéo D6BB-DIN station.

A total of two cabinets are at the site. On the left, the instrumentation cabinet and on the right is the battery cabinet. 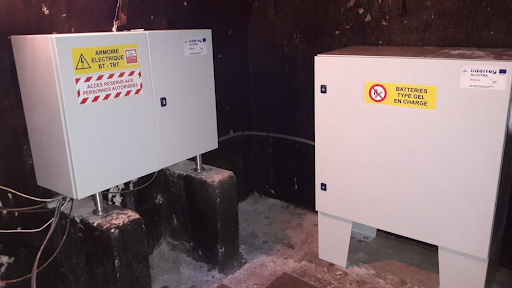 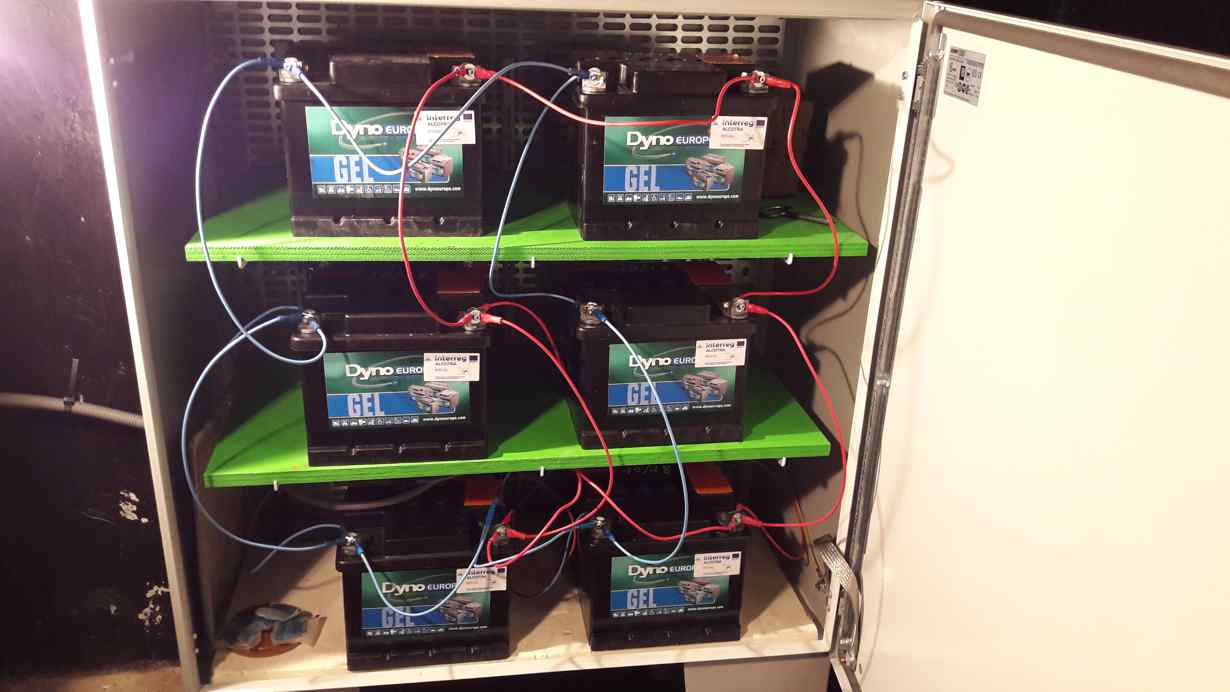 On Wednesday, September 19, 2018, the RISVAL renovation work of the NSJA accelerometric station located in the basement of the university restaurant on the Saint Jean d’Angely campus of the University of Nice was completed.

A preliminary phase consisted of installing the cabinet intended to shelter the seismological station.  For this last phase of work :

► Remove the old equipment (except the sensors) from the temporary station initially installed by Céréma, 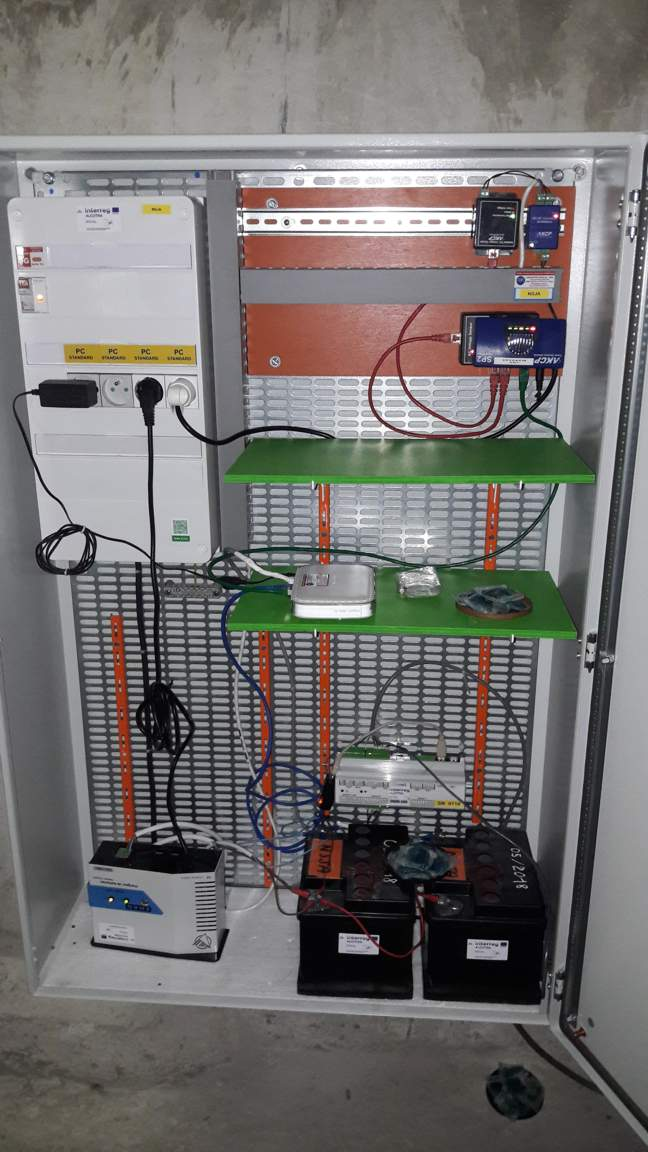 On the top left is the new electrical panel. As with the previous facility, upgrade on the right is the monitoring SP2 and left is the electrical distribution panel. The below image shows the completed cabinet with a seismic sensor embedded in the floor of the basement. 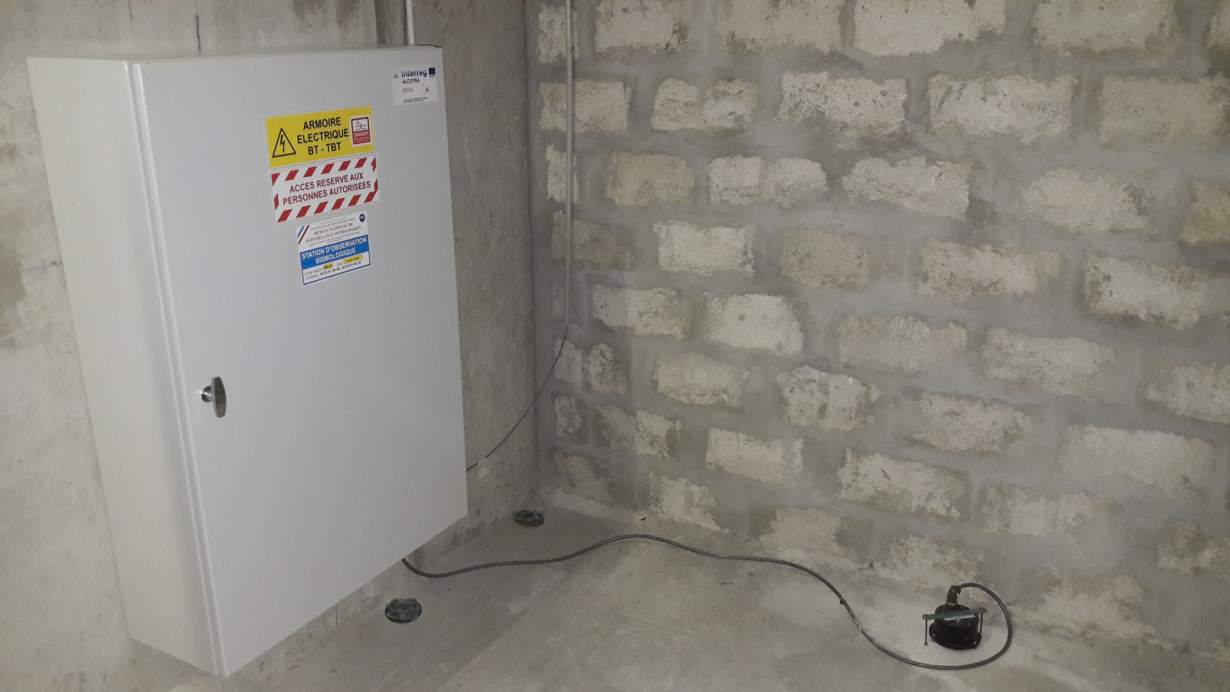 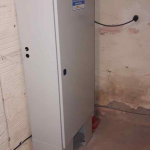 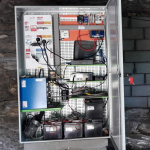 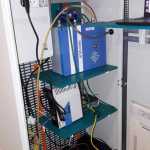 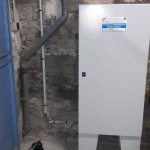 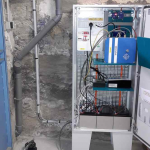 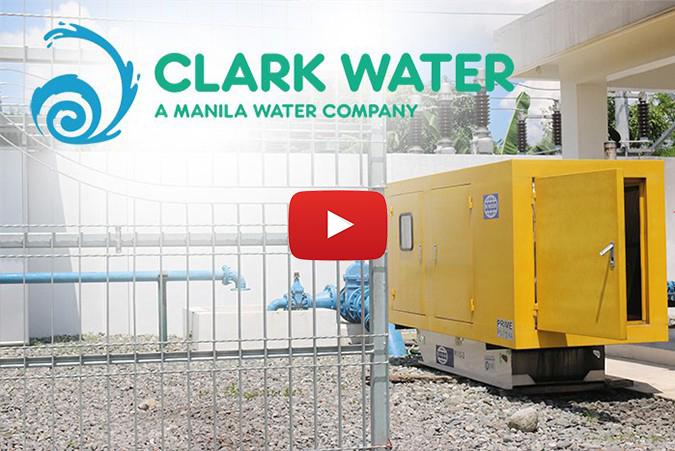