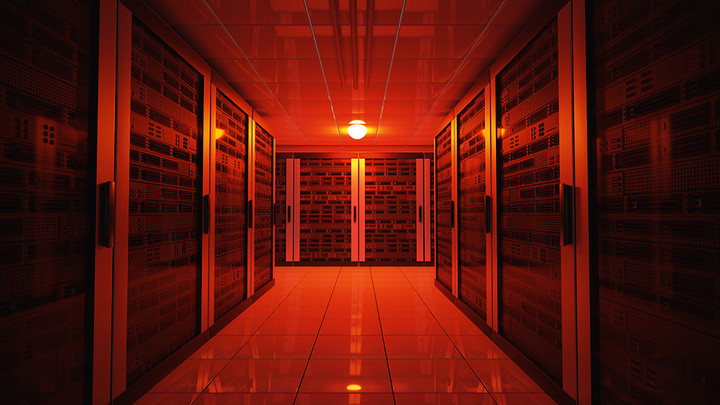 Datacenter’s serve as a bridge in the digital world. It keeps it powered to meet the demand for information. The facility consists of high-density servers that store and process a large amount of data. With the daily performance, it entails large power consumption and heat generation. This results in an increase in temperature within the facility. Large data centers consume energy enough to power a city with 1 million populations. Cooling systems are installed to remove the excess heat. However, if the cooling is inadequate, it can cause overheating in the data center.

Overheating in Microsoft: A Case

A row of servers in Microsoft’s data center overheated as they were trying to update their firmware. As a result, its cloud services experienced interruption for 16 hours. Both Outlook and Hotmail are offline during this period. According to a report, previous updates were done successfully. However, that update went wrong out of the blue. The failure was unexpected, and the temperature increased at full tilt. By the time it was mitigated, the heat already affected the data center. Bringing the operations back online required both infrastructure software and human intervention to get the core infrastructure into a physical region of its data center.

Microsoft operates its data center with lower temperatures to save energy. However, doing this allows inlet temperature to spike up too quickly. With this case, the strategy left Microsoft a little time to recover from the cooling failure. The risk of overheating in the data center is clearly evident, especially those high-density ones such as Microsoft’s. 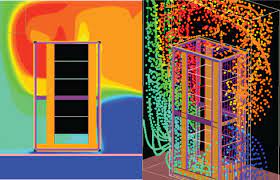 An increase in rack power densities makes a data center prone to hotspots. A hotspot is a location in the data center where the intake temperature is higher. It usually happens at the top of the rack as heat naturally rises. Although it is a practice to set the cooling system to maximum, hotspots still develop. The reason is that the flow of cold air is disrupted as it goes to where it is needed. As a result, cooling capacity appears to be insufficient with some necessary areas. If hotspots are not identified earlier, it will harm the equipment. Administrators need to take action to eliminate it as early as possible.

High temperature is the nature of the data center. Heat is inevitable but overheating is something that can stave off. By following the practices below, administrators can prevent overheating that can lead to catastrophe.

Automatic temperature monitoring is one of the most game-changing products of innovation in the data center industry. Although it guarantees fast and reliable temperature data, having a manual check is likewise important. Performing it regularly will determine if the sensors are working properly by detecting the right temperature. It may not be as easier as using sensors, but it will help administrators ensure that they are not overlooking any potential threat. This is also ideal for the smaller data centers with an insufficient budget for automatic monitoring.

In maintaining the HVAC system, administrators should focus on the necessary components such as:

Completing this checklist will optimize the performance and prolong the lifespan of the units. If the company is incapable of performing this task, working with the service providers is a recommendation.

It is important to identify the problem load before it compensates with the overheating in the data center. It will then be moved into a lower-density rack. Among the practices done by the Schneider Electric – Data Center Science Center, this one is concluded to be the most effective. Spreading the exceeding load to meet the cooling capability should not leave a space in the rack.

A cooling system has always been the top priority of data center administrators. According to a 2015 survey, as much as 24% of a data center’s budget can go into cooling. The number of servers simultaneously exhausting heat within the facility is more critical. Just having a cooling system and setting it to maximum is insufficient to prevent overheating in the data center. To keep it operating with the utmost efficiency, an effective cooling system is indispensable.

As air flows, it is important to ensure that hot air and cold air do not mix. According to Mission Critical, this practice “is one of the most promising energy-efficiency measures available to new and legacy data centers today” (Mission Critical, Fall 2007). The cooling system needs to take the cold air to the strategic locations to keep servers from having high-temperature intake. Running the data center with 64.4 to 80.6F as recommended by the ASHRAE  promises superior performance and cost-efficiency.

Hot and cold air containment is used to optimize the cooling system. In 2016, 80% of all the data centers had implemented this as part of their effective cooling strategy. These two can prevent hot and cold air mixing, thus mitigating the risk of overheating in the data center. However, every data center is distinct from one another. Therefore, it’s best to understand the differences between the two approaches. In that way, administrators will know which will work better to achieve the most effective cooling.

A hot-aisle containment system (HACS) encloses the path of hot air by putting a physical barrier. It collects the hot air generated by the equipment then guides it to the air-condition unit return. As it isolates the hot air, it allows a more cooling capacity for the data center. The research by Schneider Electric’s Data Center Science Center shows that this approach contributed 43% cooling system energy savings over cold aisle containment.

A cold-aisle containment system (CACS) isolates the cold aisle. The doors at the end of the aisle and partitions on the ceiling serve as the barrier to separate the hot and cold air. To implement this, the racks have to be arranged on the hot/cold aisle layout that IBM introduces. This approach is easier and practical to implement yet less effective.

Rising temperature, if not detected, will lead to the data center’s crashing halt. To prevent overheating, it is essential to identify the temperature pattern at a specific interval. A spiking temperature is a portent that there’s an issue. It may be a cooling failure, lost power, or air recirculation. Monitoring using temperature sensors helps discover these issues earlier, leaving more time to take action.

Proper installation of temperature sensors will provide accurate data valuable in tracking temperature changes. If there’s a consequential increase in temperature, it will send a notification to the administrators. Multiple sensors are placed on walls, ceiling, or at the top, middle, and bottom of racks to measure the ambient and rack temperature. It is also placed near the equipment intakes as these locations are susceptible to hotspots. 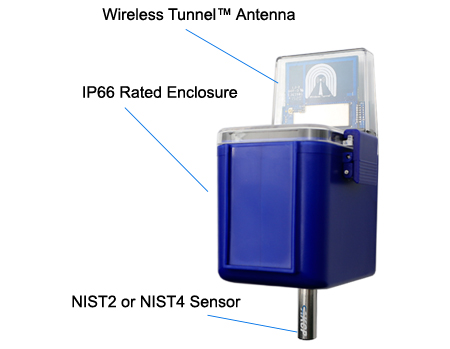 With the amount of money at stake in running a data center, investing with the sensors is wise. Wireless temperature sensors offered by AKCP will help you run your data center confident from the risk of overheating. Administrators can relish more advantages such as data accuracy, non-cabling, accessibility, and cost-efficiency with its wireless capability.

It has a built-in calibration check, in which a warning is sent if the sensor requires calibration. As it is known, proper calibration yields accurate measurements, which in turn makes good control of the process possible. Thus with AKCP wireless temperature sensor, the data center can run with utmost efficiency and reliability. 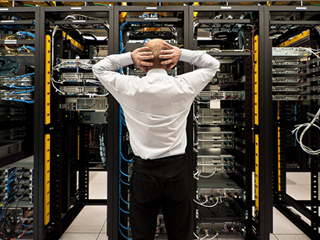 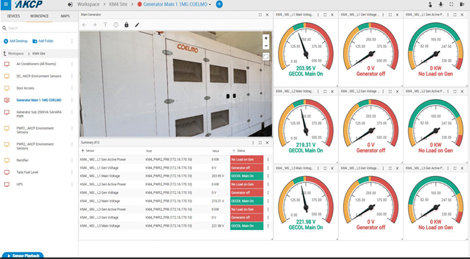 AKCP's distributor in Libya, Alshafak, have conducted training for LITC (Libyan International Telecoms Company). LITC have an installed base of over 200 AKCP base units, Door Control Units and sensorProbeX+ devices, monitoring remote locations and telecom sites throughout Libya.

Sensor data is consolidated with video streams from IP cameras with AKCPro Server. The solution was deployed to monitor remote site locations. Base Transceiver Station (BTS) tower sites across Libya are now monitored from a single location and software.