Share
Share on Facebook Share
Share on TwitterTweet
Share on LinkedIn Share
The world is turning more to the digital realm in the new normal. Data centers are multiplying to meet those demands. With more data centers comes the need for more power. Increased power consumption requires regulation of generated heat. Data centers rely mostly on water-based cooling and so the water usage effectiveness (WUE) should be considered.
Water is often considered abundant and cheap, especially when compared to electricity. Much of the earth’s surface is 70% water. Only a small proportion of that water is freshwater, and demand for it is increasing.
The United Nations’ 2019 world water development report indicates that water scarcity is a problem that will worsen. Water usage worldwide has increased by about 1% every year since the 1980s. It’s predicted to keep rising at that rate until 2050 – resulting in a 20 to 30% increase from today. Combined with an expected decrease in water supply due to climate change, the UN expects water demand to outpace supply by almost 40% as soon as 2030.
Data centers consume a huge amount of water. They must start to radically reduce the water used for cooling now.

Human consumption and agriculture are the foremost users of potable water. Other large industries also consume huge quantities to manufacture products all around us. For example, it takes 700 gallons of water on average to grow and produce the cotton for a basic shirt. Producing a pair of jeans requires 2,600 gallons while manufacturing a car requires 40,000 gallons.
Data centers also need a large volume of freshwater. IT equipment uses large amounts of power. This produces excessive amounts of heat, which data centers must remove. The cooling operation often involves evaporating water in cooling towers. With growing water scarcity, the data center industry needs to rethink its priorities.

To find out their environmental impact, data center operators have focused on Power Usage Effectiveness (PUE). Turning the cooling burden from electricity to water improves PUE. Water consumption isn’t involved in the PUE calculation.
While this gave the means for data centers to reduce energy consumption, it does not translate to a lower environmental impact. Many servers in a hyper-scale data center require a larger cooling capacity. This places a heavy burden on a single watershed. Since data centers are located where water may become scarce in the future, Water Usage Effectiveness (WUE) becomes an important metric. Combined with PUE, WUE gives an overview of a facility’s efficiency.
WUE is calculated as the ratio between water used at the data center and electricity delivered to the IT hardware. In a report by the US Department of Energy report, the WUE of an average data center is 1.8L per 1kWh. Data centers with a WUE of 0.2 L/kWh or less use less than one cup of water for every kilowatt-hour delivered to servers.

How Much Water Data Centers Consume?

Like energy, growth in data center water consumption has slowed down since about a decade ago.
A recent US government study made an attempt to measure the water consumption of all data centers in the country.
Water is one of two major resources data centers consume, and this drew a lot of public attention. As droughts in California grew water levels in the state’s reservoirs are lower than they have been in years. Water consumption by the state’s various industries, including the high-tech industry, is a concern.
Electricity production is also a major water consumer, and data centers use a lot of it. In 2014, data centers were responsible for 2% of all electricity consumed in the US, according to a government study.
In 2010, the second-largest consumer of daily water withdrawals in California, about 17% went to thermoelectric power generation, according to USGS. While data centers consume relatively little water directly – compared to agriculture or other industries – the water it takes to generate electricity to power them has to be taken into consideration as well.
In the report, far more water is used to generate energy that powers data centers than to cool them. It takes about 7.6 liters of water on average to generate 1kWh of energy in the US, while an average data center uses 1.8 liters of water for every kWh it consumes.
Combined with energy generation and cooling, US data centers were responsible for the consumption of 626 billion liters of water in 2014. It is expected this number to reach 660 billion liters in the coming years.
The government’s estimates rely on averages as water consumption per 1kWh differs. Datacenter water consumption changes according to the climate and the type of cooling system used. So too does the water consumed for power generation. Different power sources use different amounts of water.
The results take into account water losses at thermoelectric and hydroelectric plants, as well as losses at data center cooling towers due to drift and blowdown. They also assume that IT closets and IT rooms don’t consume water, being cooled by direct expansion, or air-cooled chillers.
Hyperscale data centers built by Google, Facebook, Microsoft, and Amazon constitute an increasing portion of total data center capacity. They will be the major industry consumer for a progressively bigger portion of the total water consumption.
Apple data centers used a little over 50 million gallons of water in fiscal 2012, compared to nearly 225 million gallons consumed by the company’s corporate offices. Corporate water use increased by 1/3 between 2012 and 2015, and data center water consumption more than tripled.
Reducing water use by data center cooling systems is taking a priority. Datacenter operators have been working on their cooling systems to improve efficiency.
Water-scarce cities have to make trade-offs between conservation and economic development, and cash-rich Google is a big draw. Google’s Alphabet Inc. is building more data centers across the U.S. to power online searches and cloud services. Google has proclaimed for years that these huge data centers are energy efficient. These facilities actually use billions of gallons of water., sometimes in areas that are struggling with water conservation.
Google depends on evaporative cooling. The most common systems, known as computer room air conditioners, are energy-intensive. Evaporative cooling uses less energy, but the process requires more water. Datacenter operators will often embrace the thirstier approach because it’s less expensive. 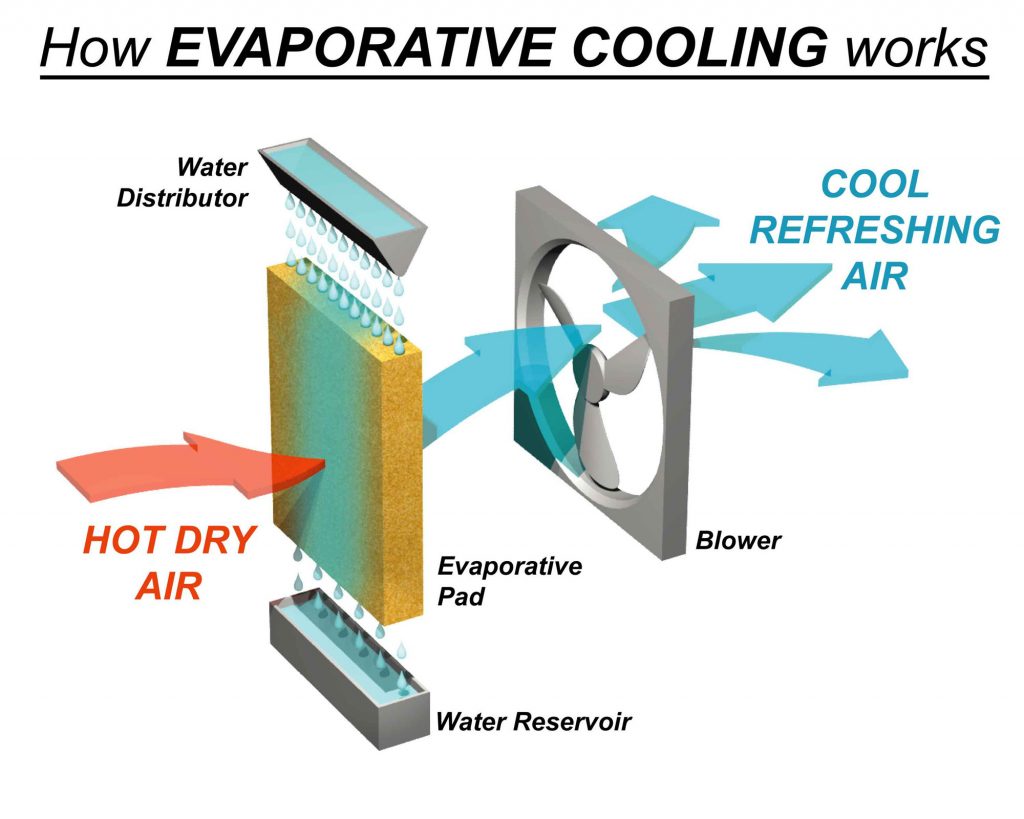 The question now is how can data center operators plan for sustainable operations in a water-scarce future?
Simply building data centers in regions with ample water supplies may not be a good long-term solution. Because of climate change, many regions are expected to see their water supply shrink and their population increase. Today, a region with ample water may become water-stressed in 10 to 30 years’ time.
Datacenter operators have worked diligently toward carbon-neutral facilities. To complete the transition to a sustainable future, data center operators must find ways to become water-neutral. Doing so increases the resilience of data centers for a future where water becomes more expensive and less available.

Since most of the water data centers consume is for cooling, data centers should find other ways to cool the facilities.
Data centers that are already locked into water-consuming cooling. They can explore methods of using water more efficiently. Increasing cycles of concentration in cooling towers, switching to chemical treatments to demineralize evaporating surfaces or recommissioning to reduce cooling load.
Facilities that need to reduce water use further can shift to air-cooled systems. These include compressor and condenser systems like CRAC (Computer Room Air Conditioning) units. Or centralized air-cooled chillers with an integrated compressor and condenser.
The most efficient method is to design the data center with waterless cooling from the start. This allows the whole cooling system to be designed for air-cooling.

Freshwater will become scarcer in the future because of climate change. With it, the need for an alternative way for the data centers to cool their servers.
The data centers built today will still be operational 30 years from now. Datacenter operators must have contingency plans for how to maintain operations without reliance on water.
Many data center companies have done outstanding work to improve sustainable practices for themselves and the industry as a whole. But they need to take a longer view of the challenges the industry and world will face in the coming years. Sea-level rise will happen. More extreme weather will come. And water scarcity will be a much bigger issue.
Share
Share on Facebook Share
Share on TwitterTweet
Share on LinkedIn Share
AKCPData Center Water Usage Effectiveness – WUE01.11.2021 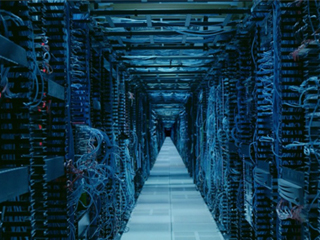 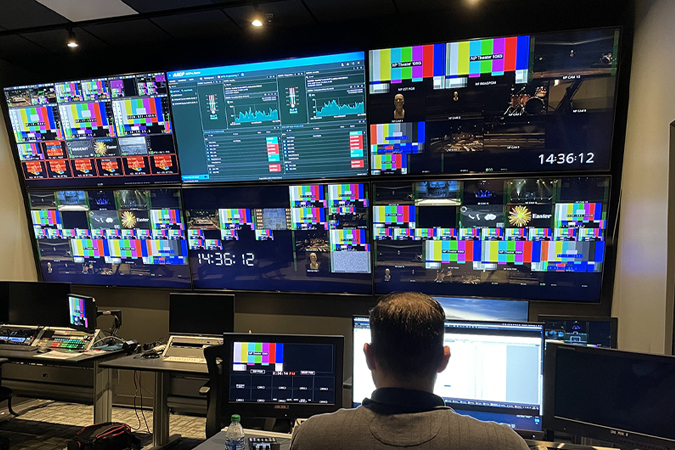