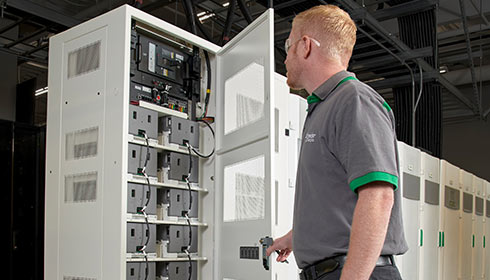 This is a promising yet surprising direction. Previously, Valve-Regulated Lead-Acid was the common choice for three-phase sources of UPS. The use of VRLAs required data centers to have reinforced load-bearing structures due to their weight and size. The performance of VRLA batteries is also affected by temperature. This increases the load on air conditioning systems. Additionally, VRLA batteries are not long-lasting and needed to be replaced regularly. This leads to high operating costs for the company.

VRLA was the popular choice among design engineers since there were no economically better alternatives despite their imperfect design. In the past, Li-ion batteries were not a reliable option. Its chemical composition depended on the manufacturer, making them less stable, dependable, and safe. Since data centers needed to deliver promised uptime, VRLAs were most often used and considered as a reliable power source.

However, manufacturers have ushered in major improvements for Li-ion innovations. Meanwhile, VRLA technology has not advanced in recent years. Li-ion batteries are now at the forefront as a solution for data center UPS. The new generation of Li-ion batteries has proven to be more capable, long-lasting, powerful, and cost-efficient than VRLAs. These allow data centers to reduce operating, enhance performance efficiency, and maximize space without compromising service.

How are Lithium-Ion Batteries Used in Data Centers?

Batteries work in harmony with rectifiers and inverters. They are an integral part of a data center’s UPS. In the event of a main power source failure, they serve as the primary backup to keep electronic equipment running. Failure of batteries in data centers could result in a power interruption that can stop operations. This could lead to a huge financial loss for the business.

Battery systems are comprised of cells, cables, and more. They are interconnected, and a failure in one part can lead to an overall reduction of a battery’s performance. It is vital for data centers to have reliable battery monitoring health and ensure proper handling and storage. AKCP has a battery monitoring system for checking battery health. Determine battery efficiency and power output. The battery monitoring system can individually monitor battery temperature, voltage, current, and wattage. It can also monitor each battery cell or bank of batteries. This would better predict potential failure and notify managers to replace the batteries before a failure occurs. Always remember that a monitoring system should always be included when you think of investing in this type of battery.

Key performance parameters such as voltage, temperature, and currents are often monitored by individual modules or cells. The battery monitoring process is essential since it allows managers to better manage the charging and discharging processes. This prevents the occurrence of critical heating and irreversible chemical processes.

Data centers have strived to improve their power density in recent years. This is brought on by the limited space and need for more efficient operations. One of the main challenges for data center owners is ensuring the efficient use of the available space. The use of compact lithium-ion batteries lessens the occupied space of a UPDS by 50-80%. These batteries do not need much charging time, and they also have a better self-discharge rate. These features are especially crucial in the event of power outages. An idle lithium-ion battery loses around 1-2% of its charge monthly. However, the most important advantage of Li-ion batteries is their long service life. Lead batteries have a shorter life cycle, having a life span of only 3 to 6 years. On the other hand, Li-ion batteries last around 10 years. They have the ability to have a max charging efficiency of up to 5,000 cycles depending on the chemistry, temperature, and technology. Meanwhile, lead-acid batteries only have 700 life cycles. 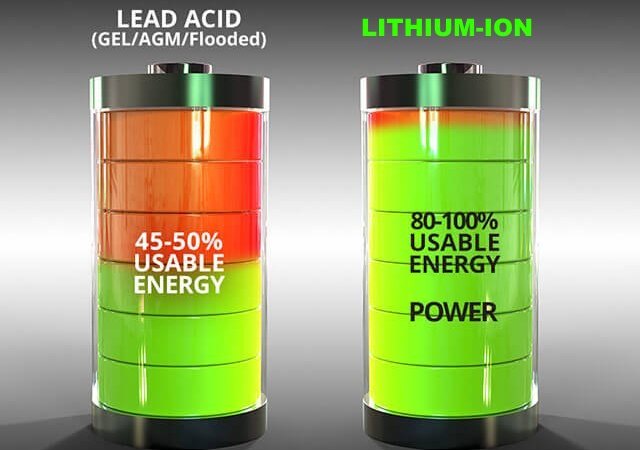 For a period of 10 years, the total cost of ownership has decreased by 39% compared to lead-acid batteries. It is important for li-ion to have reliable battery monitoring systems to allow better safety and performance. Li-ion batteries also have the ability to operate at higher temperatures than VRLA batteries without sacrificing performance. This decreases the load on cooling systems. Several models are available to cater to different needs, which can be used in large data centers, industrial applications, and small server rooms.

The Question of Ethical Responsibility

Many data centers have been using li-ion batteries for both distributed and centralized uninterruptible power supplies. It is predicted that there will be further higher levels of adoption in the incoming years. The main reason for this adoption is due to rechargeability, energy density, and management. Li-ion energy storage has been regarded as a major component in renewable energy distribution. This is adopted to lessen carbon emissions.

However, the use of Li-ion batteries may not be environmentally friendly. This is because it uses rare and expensive metals. The mining of these metals has a detrimental environmental impact. There is also a lack of recycling involved when using li-ion batteries.

Lithium and cobalt are the main concern in a li-ion battery. It is possible for the battery to function without cobalt, but it will cost energy density. Mineral sector analysts have deemed that the reserves for both metals are able to meet medium-term demand. However, it must be noted that cobalt reserves are lesser in number. However, there is a strong commercial demand for li-ion among battery makers, car manufacturers, and other big industrial workers. Due to this, there is pressure to secure access to the main reserves and profitably extract the minerals in order to meet the increasing demand. Further, mining these metals have a contribution to pollution. In 2019, there were speculative price rises regarding these minerals. However, the increased mining activity has brought down both the forecast and actual price.

Lithium can mostly be located in pristine salt flats in the areas of Argentina, Chile, and Bolivia. In their extracting lithium, companies have been accused of exploitation in local populations, extraction of excess water, and damaging untouched habitats. Meanwhile, for cobalt, most of the world’s reserves are in the Democratic Republic of Congo. Mining companies in these areas have been accused of exploiting child labor as well as grave health and safety violations. 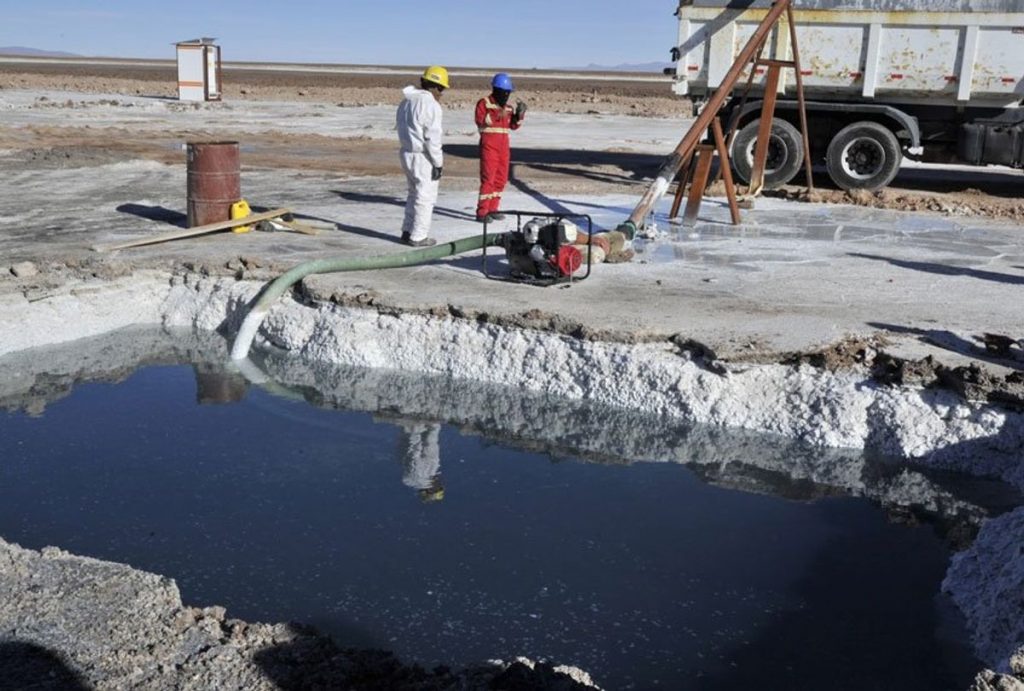 Lead-acid batteries are often recycled. Meanwhile, Li-ion batteries are not. They are often disposed of by burning, which causes further environmental damage to the ozone layer.

There are multiple efforts underway dedicated to improving Li-ion technology. Tesla and GM are working on long-lasting batteries and repurposing their design for better reconditioning and recycling.

Currently, many companies have li-ion recycling technologies and services. Due to this, there would be lesser pressure on mining companies to rapidly extract the minerals. Therefore, preventing further environmental damage.

However, only a few Li-ion batteries are being recycled. Aside from those found in smaller batters, only a few li-ion batteries have reached the end of their life stage. This is because they haven’t been in the market for a long time, and they have a long lifespan. Additionally, since lithium is not a toxic heavy metal, there is lower pressure to recycle them. Still, li-ion batteries contain metals like manganese, cobalt, and nickel, and they are considered toxic heavy metals.

It is also possible to repurpose second-use batteries from mobile use to solar battery farms. This leads to a residual value market in batteries. However, despite favorable tests, data centers will most likely be unsuitable for this modality. In order to reduce the impact of Li-ion batteries in data centers, suppliers need to be consulted.

Data centers account for a tiny proportion of the demand for Li-ion batteries. The automotive sector was responsible for 60% of li-ion battery use. However, the increase in electric vehicles has led to a projection for demand to grow tenfold in 2030. Big data center operators often use a lot of batteries. However, they have sound environmental policies.