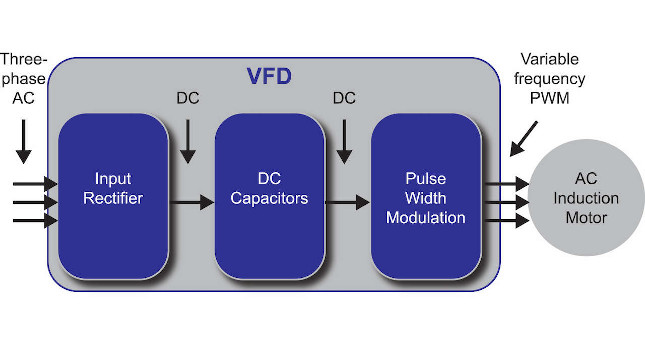 The Need For Efficiency In The Data Center

Data centers consume a lot of energy, especially in terms of cooling the IT equipment. However, investment in variable frequency drives (VFD) and energy-efficient motors makes a huge contribution to reducing energy use.

Metrics and Standards For Energy Use In Data Centers 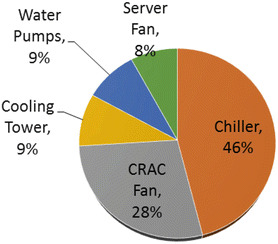 Green Grid, an industry alliance, developed one of the most widely used energy efficiency indicators. Power use effectiveness (PUE) is a ratio that is calculated by dividing the total power entering the data center by the power consumed by its IT equipment. In an ideal world, a data center’s PUE would be 1.0, which would mean its cooling costs are zero with 100% free cooling.

The PUE levels of data centers have been falling over the years, from roughly 2.6 in 2006 to 1.7 in 2019, according to research conducted by the Uptime Institute, albeit the recent trend, after 2013, has been flat. To further reduce PUE, steps must be taken to improve data center efficiency during their operational life as well as to adopt cutting-edge technology in new projects. Adopting VFD and energy-efficient motors for cooling systems is one method that can help reduce PUE significantly.

The variable frequency drive (VFD) has been shown to be a very efficient energy-saving cooling technology. Drives allow the speed of electric motors used in cooling applications to be accurately regulated, ensuring that the needed flow is produced at all times, resulting in energy savings of up to 35%. This is in contrast to operating the engine at full speed and throttling and dampening the output. Because of the link between motor speed and energy consumption, even a slight decrease in speed can result in a considerable increase in energy efficiency.

While data center cooling systems are designed to manage peak loads in the most extreme circumstances from summer heat to component failures – they seldom, if ever, function at their full capacity. Instead, they generally function in a light load mode. VFD gives the flexibility to adapt the fluctuating load profile of the cooling system, allowing for great system efficiency even at partial loads.

The incoming power supply is intercepted by the VFD, which adjusts the incoming voltage and AC frequency dependent on the load requirements. This allows the motor speed and torque to be precisely changed to meet the load/demand it is servicing. Continuing with the HVAC fan example, if the demand on the HVAC system changes, the VFD-controlled motor may adjust the fan’s speed to reflect the change in demand.

For brief periods of time, a VFD can also be utilized to drive machines at greater than rated speeds. This offers extra benefits in terms of energy savings, but it should be done with prudence.

How Does VFD Reduce Energy Consumption? 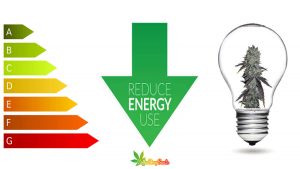 The fixed AC motor speed and torque imply that the equipment these motors drive functions at a constant speed and torque as well, and system management is done by dissipating energy through mechanical methods in the absence of variable frequency drives (VFD). In the case of an HVAC fan, if the air supply-demand ratio falls but the energy input from the fan stays constant, the energy in the flow must be dissipated through vents or valves, or the air must be redirected and discharged elsewhere to limit the supply of air to the conditioned room. In either case, energy is squandered by reducing the flow of air, and the system’s efficiency is lowered.

The output of the system is regulated by altering the motor’s speed or torque directly with a VFD. The motor operates slowly during low demand, and the power consumption falls in proportion to the demand, resulting in enhanced efficiency and energy savings.

Furthermore, because the fan operates at a constant speed, it must be designed to handle the highest potential demand. This demand would normally only occur for a few hours each year, therefore the system would be large and inefficient for the rest of the year.

Because the VFD can run the system at greater than rated speeds, the entire system may be sized for more common situations, while the system can be over-speeded to meet exceptional demand conditions. As a result, the system’s total energy efficiency improves.

Where to Use VFD for Best Energy Savings

VFDs are most suited to variable torque loads, such as fans and pumps, which are frequently operated at part load. Because power consumption in these components is proportional to the operating speed cubed, lowering the motor speed can result in considerable energy savings.

VFD-controlled fans in HVAC systems have been found to drastically cut energy usage by up to 70%.

The reasons for installing VFD include: 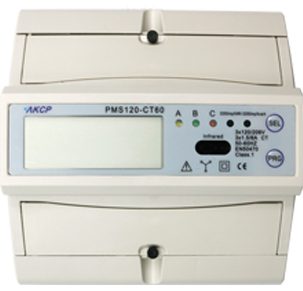 The requirement to monitor both amperage and frequency to verify the drive is running correctly is a difficulty when monitoring variable frequency drives (VFD). A power sensor must learn the VFD curve and alert the controller when the relationship is beyond the usual operating range to monitor this ratio. On the load side of the variable frequency drive, power sensors are mounted, and a microcontroller is used to establish the necessary threshold. Under current situations, such as belt loss, coupling shear, and mechanical failure on fans and pumps, the sensor will identify the motor.