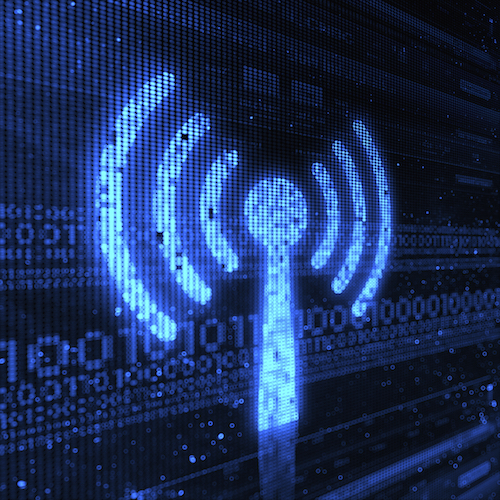 With the need to monitor power and environmental conditions, it is worth considering going wireless in your data center. Wireless technologies have several advantages over the traditional wired infrastructure used for temperature, humidity, water leak, and power monitoring. The main advantage is the lower cost of deployment. The time and cost savings by not needing structured cabling, network switch ports, and rack space can quickly make the total cost of ownership for wired sensors higher than their wireless counterparts.

US Department of Energy

Faster installation. Wired networks can require hundreds of meters of cabling and route through patch panels and switches, which all take time to install. Changes in the network configuration are also time-consuming and require updating cabling plans. There is also flexibility when you need to relocate a sensor.

Cost Savings. Deploying wireless sensors results in lower capital expenditure. Less investment is needed for supporting infrastructures such as cables, network switches, and the labor costs for installation. Pulling a single ethernet cable can cost anything between $150 to $1,000 per drop once you factor in cabling, termination, switches, and labor. A wireless deployment can cost half of this.

The concerns of IT administrators when talking about wireless technologies are reliability and security.

Reliability. This is one of the most misunderstood aspects of wireless technologies. When correctly deployed they can actually provide higher reliability than a wired connection. For example, if a cable is unplugged at a switch or port it will sever communications of the devices on that cable. However many wireless networks are “self-healing”.

AKCP Wireless Tunnel™ sensors can be configured to automatically connect with the nearest gateway and continue communication. In addition, they buffer sensor data internally and upload this data as soon as the connection is re-established, ensuring no data is lost.

Security. Wireless technologies have improved greatly in this aspect. You may now find wireless deployments in security-conscious industries such as healthcare, financial, and government services. AKCP Wireless Tunnel technology utilizes 128 bit AES encryption. The only data transmitted over the Wireless Tunnel are non-sensitive such as sensor values.

There are several contenders for wireless technologies in the data center.

Each of these has its pros and cons. The diagram below illustrates different wireless technologies, their data rate, and their range. WiFi is usually considered a security risk, with many data centers and server rooms restricting the use of WiFi within their facilities. Although it has a high data rate, it is power-hungry, making it unsuitable for battery-powered wireless sensors.

Zigbee is a wireless mesh network based on IEEE 802.15.4 standards. It typically has a short range of only 10-20 meters, making it less than ideal for a large data center. The signal can also be affected by multipath distortions caused by the metal of IT cabinets.

Read our article “What is Zigbee”?

LoRa™ radio technology from Semtech is a low-power, long-range wide area network radio technology (LPWAN). With distances of up to 10+km in open space, it uses chirp spread spectrum technology. Broadcasting on unlicensed bands like 833 MHz in Europe, 915 MHz in North America, and 923 MHz in Asia. LoRa is the physical layer of a wider radio system, with LoRaWAN forming the software layer and defining the communications protocol. There are many low-cost LoRaWAN compliant sensors on the market, however, there are inherent disadvantages in the typical LoRaWAN system that make it unsuitable for data center and server room monitoring.

Read our article “What is LoRa”?

Wireless Tunnel™ is AKCP’s proprietary protocol that utilizes LoRa Radio technology as the physical layer. LPWAN such as LoRa and Sigfox are low bandwidth sending only small packets of data at low data rates. This makes them most suited to non-time-sensitive monitoring. AKCP Wireless Tunnel Technology takes advantage of the superior rage, low power, and range of LoRa while addressing the drawbacks to standard LoRaWAN.

Read our article “Wireless Tunnel as an Alternative to LoRaWAN

AKCP created the market for environmental monitoring in the data center. They have a wide range of sensors that cover the needs of large data centers down to small in-house server rooms.

Cabinet Thermal Maps give temperature and humidity values for the front and rear, top-middle-bottom of the server cabinet as well as the front to rear differential temperature readings (ΔT).

The Cabinet Analysis Sensor combines cabinet thermal maps with front and rear differential air pressure (ΔP), suitable for data centers using hot and cold aisle containment. All of these sensors and more are available as part of the Wireless Tunnel system.

The sensors require a gateway to communicate with. The Wireless Tunnel Gateway-Server collects and stores data from up to 30 Sensors. In small installations, the Gateway-Server is used as a standalone monitoring system without the need for a cloud server or internet connection. The embedded user interface of the server provides customizable desktops, mapping, and graphing. Alerts are sent via SMS, E-mail, and SNMP Traps. All of the features found in the AKCP sensorProbeX+ user interface are available on the Gateway-Server. These include

For larger installations with multiple gateways, a centralized monitoring platform is used to combine the data from all gateways. The Wireless Tunnel Server is a central management platform, AKCPro Server. The server software can be run in-house on your own server or hosted in the cloud. It is a Data Center Infrastructure Management (DCIM) platform with close integration to AKCP sensors. 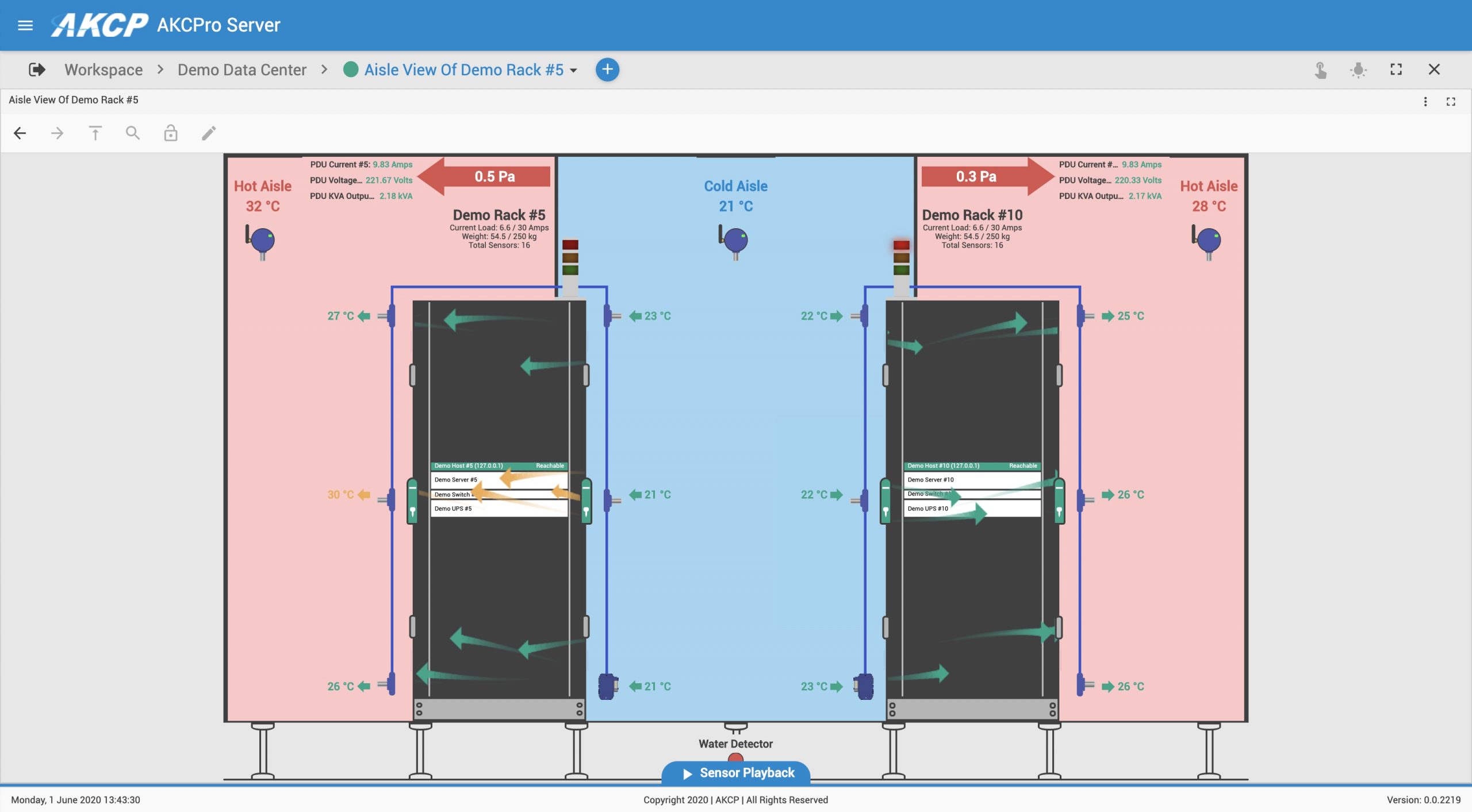 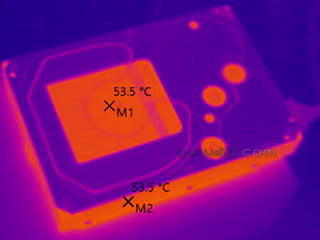 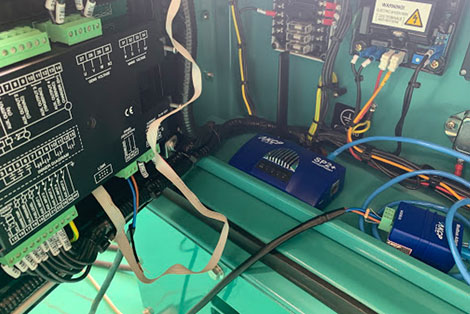